On 30 December, 2021 at 09:06 UTC, Sashimi Swap fell victim to a flash loan attack by an unknown actor targeting their UniswapV2Router02. The attacker launched two attacks leading to approximately $210,000 lost. SashimiSwap (contract address 0xe4fe6) is a decentralized trading protocol for multi-chain deployments based on an Automated Market Maker (AMM) and swap pools. The attack was first announced on their Twitter page, and although the project claimed that they had a rehabilitation plan, it appears that there has been no activity on the token nor any of their social media platforms since.

Flashloan attacks have increasingly resulted in major losses for different projects. Since the beginning of the 2022 year, CertiK’s team recorded approximately 100 flash loan attacks resulting in $355,361,784 lost from flash loan attacks. BanklessTimes reported that Q2 2022 registered the highest number of flash loan attacks to date, with 27 attacks resulting in a loss of over $308 million. That represents a 2000% increase from the nearly $14.2 million lost in Q1. Based on these numbers, we can predict that these attacks are likely to increase in the upcoming months and in the new year. In a flash loan attack, an attacker can instantaneously borrow large amounts of money. In the Sashimi Swap case, the attacker borrowed WETH and threaded it through a chain of vulnerable on-chain protocols. Through this process, the threat actor extracted large amounts of assets before paying back the loan and disappearing with the rest of the money.

The Sashimi Swap exploiter’s address 0xa818… was funded by Tornado Cash through multiple transactions. The attacker’s address eventually sent the money that was taken in the attack back to the mixer. Below we will review the attack and explain how the actor was able to exploit the project for approximately $210,000. 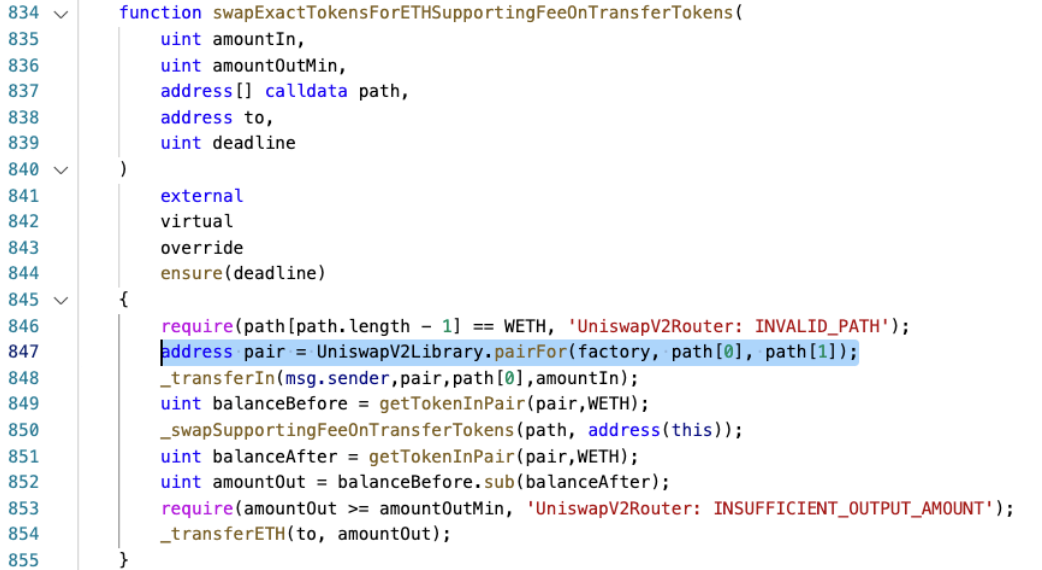 Swapping Path from token A to token B & C into WETH

The vulnerability lies in the following two components of the contract: The most critical bug occurs when calling the swapExactTokensForETHSupportingFeeOnTransferTokens()function, as it always uses the first pair to calculate the balance of the swap and determine how much ETH should be transferred to the caller.

The hacker in this case removed the liquidity from token A and got WETH. The process was repeated another time with token C with the WETH lent by the flashloan. 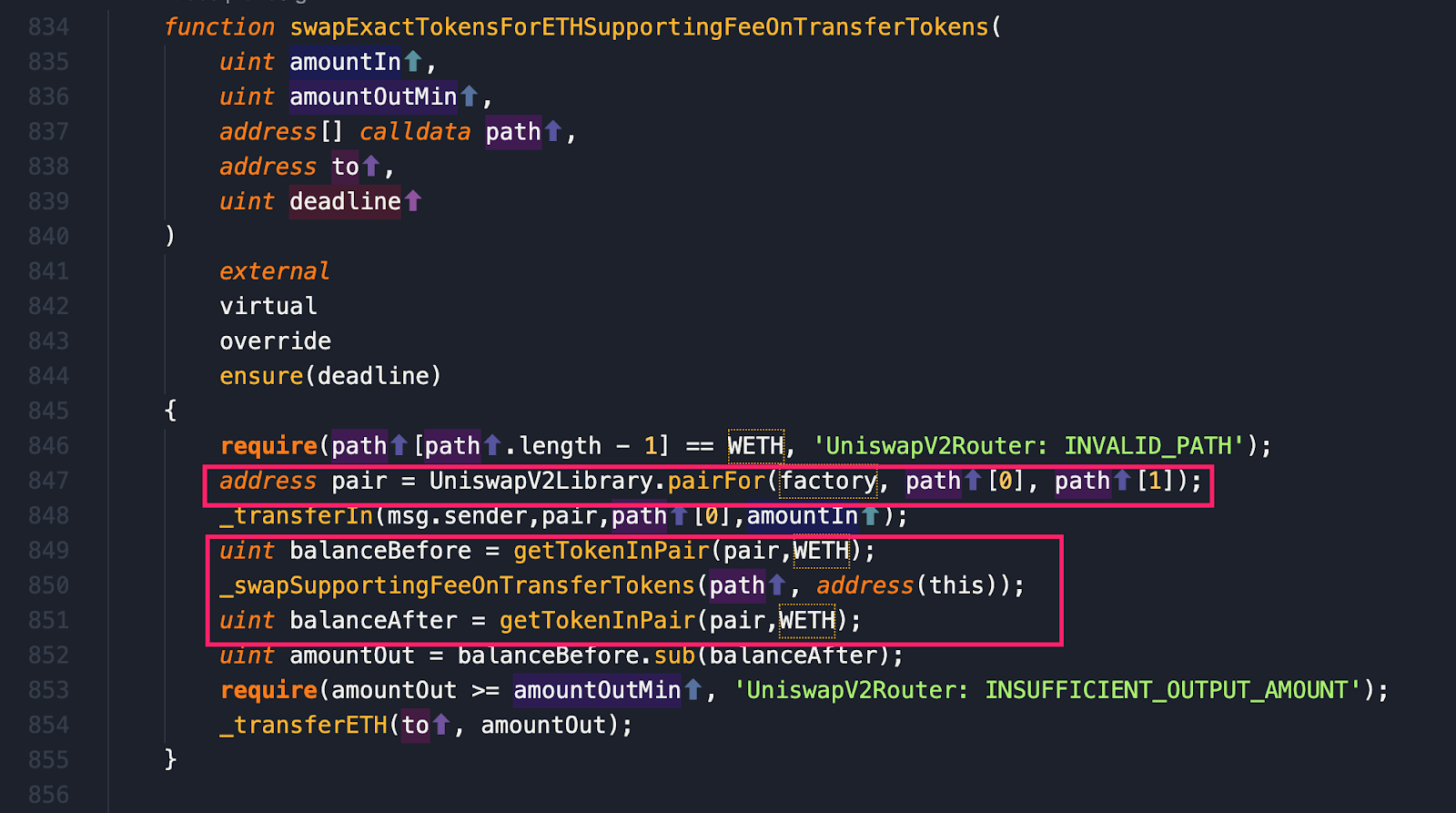 Attacker removing liquidity foretoken A and C and got WETH

The attacker benefitted from using the loophole in the protocol to attack and borrow assets via flash loans. The attacker took approximately $210,000 and sent that money to Tornado Cash, where it is very hard to trace to its final destination. As mentioned above, flash loan attacks have been increasing in frequency because they're easy to execute with relatively little risk when done correctly. Although the Sashimi Swap team has re-deployed the Sashimi Swap router contract, it appears that there has been no activity from the project since. As we begin the new year, we anticipate that these types of attacks will keep growing and impacting projects. Flashloan attacks can have severe impacts on a project to the point where recovery is nearly impossible. CertiK encourages investors to choose projects that are thoroughly audited and tested in the wild and to #DYOR before investing.

Analysis Reports
Transit Swap Incident Report
Transit Swap – a cross-chain aggregator – has suffered a breach of its smart contracts. $20 million has been stolen from addresses which had previously interacted with the protocol.

Analysis Reports
Wintermute Hack
Wintermute has been hacked for ~$162.5m which appears to be due to a leaked (or brute forced) private key and not a smart contract vulnerability. At least ~$273,949,000 has been lost to private key compromises this year, making this one of the largest attack vectors this year. The exploiter used a privileged function with the private key leak to specify that the swap contract was the attacker controlled contract. However, Wintermute have announced that that over the counter trading and centralized exchange funds have not been affected.
© 2023 by CertiK. All Rights Reserved.
Products & Technology
Smart Contract AuditSkynetKYCPenetration TestingBug BountySkyTraceFormal Verification
Company
AboutBlogCareersDisclaimerPrivacy PolicyCookie PolicyTerms and Conditions
Social Media
CertiKSecurity LeaderboardCertiK AlertTelegramYoutube
MediumLinkedIn
Wechat
Discord
MediumLinkedIn
Wechat
Discord
© 2023 by CertiK. All Rights Reserved.