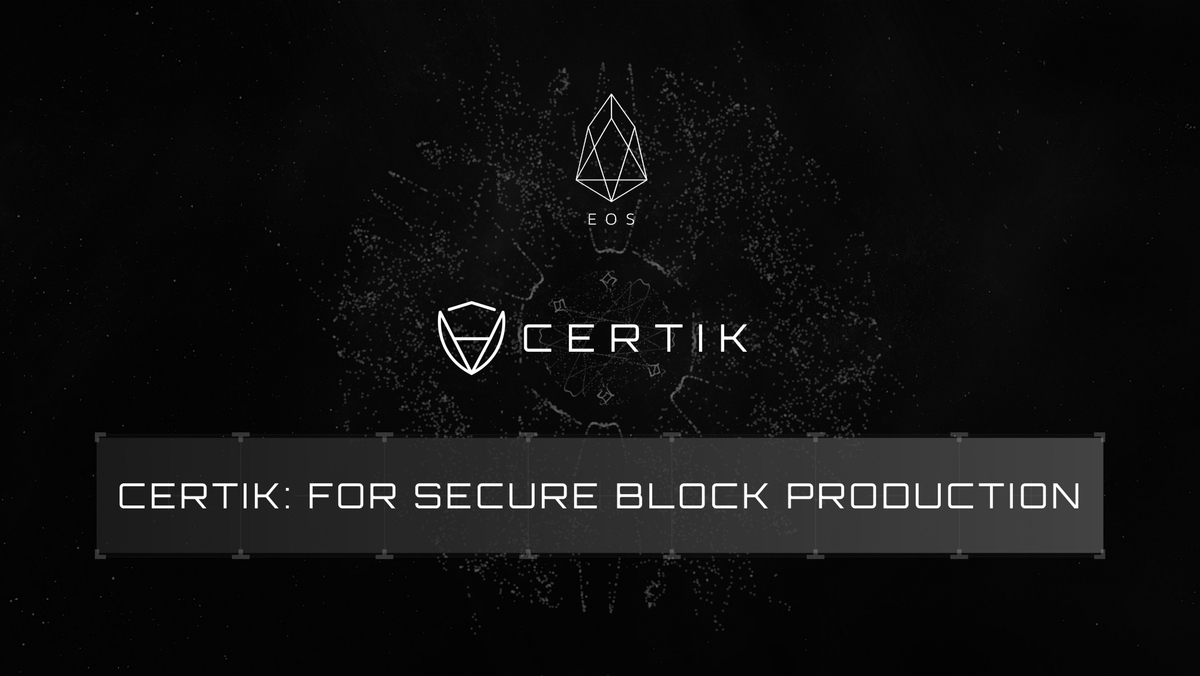 As EOS is partnering with potential organizations to execute its 21 Block Producers, CertiK is honored and humbled to have your support — with over 86 million votes, we’re in prime position to be voted in.

But we need your help.

CertiK is about protecting and scaling the blockchain community at-large — something deeply in line with EOS’s core mission.

We aren’t the most exciting company, and we don’t have to be. Our mission is to protect, empower, and secure you: you, the reader, voter, block producer, token holder, developer, and dreamer.

You’ve seen a lot of promises. We’ll tell you some facts.

CertiK was founded by Yale and Columbia professors Zhong Shao and Ronghui Gu for one reason: to provide a better way to secure blockchain at scale. While other companies relied on manual procedures, CertiK pioneered blockchain Formal Verification to mathematically check blockchain systems and smart contracts against every variable.

Since then, CertiK has acted on that mission: we’ve partnered with top-tier crypto exchanges to protect their digital assets, and provided security services to hundreds of clients. Since we launched our auditing and verification engine last year, we’ve secured and verified hundreds of diverse tokens, stable coins, and DApps.

The result? A better, safer blockchain system that can scale the way blockchain was always meant to: based on proof, not hope or human trust.

If selected as a Block Producer, CertiK would continue on that mission path. We would apply our mission of proof-first security not just for the Block Production itself but for the EOS environment at large — –empowering countless DApp developers and users.

With over 86 million votes, CertiK is in a prime position to be voted in to maintain a Block Producer.

With your vote, CertiK security will empower and scale a better blockchain for all.

To do that, we need a chance: with your vote, we hope to earn it.

CertiK is a blockchain and smart contract verification platform founded by top formal verification experts from Yale and Columbia University. Incubated by Binance Labs, Certik has strategic partnerships with the world’s top crypto exchanges such as Binance, OKEx, and Huobi, as well as Public Chains such as NEO, ICON, and QuarkChain.

To vote for us, you can go to alohaeos.com/vote#certikeosorg and follow the instructions.