CertiK has completed a Security Audit of MultiVAC Project

CertiK has recently completed a successful audit of MultiVAC project, a next-generation public blockchain designed for large-scale and complex distributed applications. MultiVAC will hold a token sale on Kucoin on April 3rd, 2019.

Scalability has become synonymous with next-generation blockchain technologies, often being regarded as the next big hurdle that must overcome before achieving wider industry disruption. The scalability trilemma, described by Ethereum's Vitalik Buterin, states that you may only have two out of the three corners (decentralization, scalability, or security), making trade-offs inevitable. 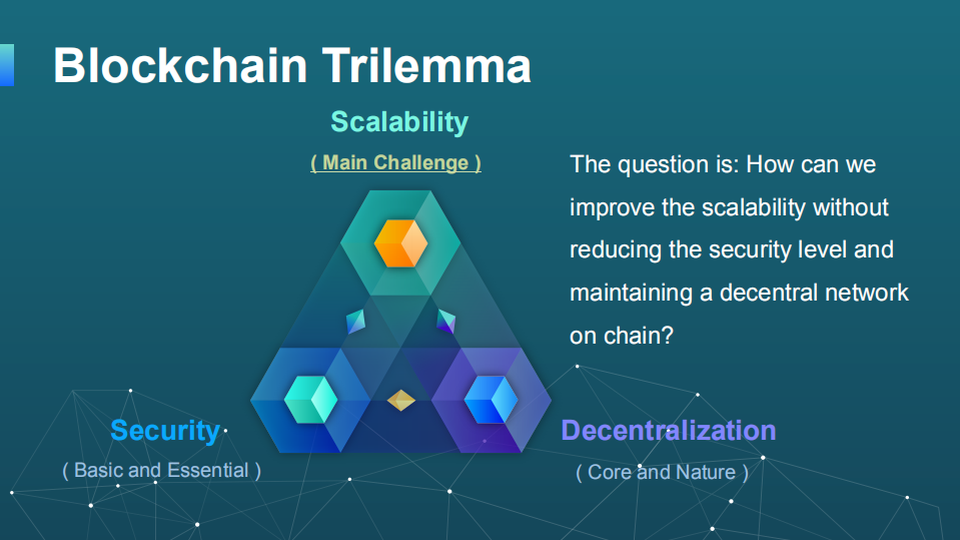 The MultiVAC token is based on standard ERC-20, adding some additional access control and burn token ability. Given MultiVAC will make its debut on Kucoin Spotlight on April 3rd, 2019, CertiK was asked to verify the source code for vulnerabilities, conducting a full-scan audit to make sure that security vulnerabilities are remediated before the IEO begins.

CertiK Smart Label Engine applied Formal Verification technology to detect issues such as Integer Overflow/Underflow, Function Incorrectness, Buffer Overflow, Reentrancy, etc. Rather than merely checking for bugs and vulnerabilities, CertiK’s team of experts leverage rigorous mathematical theorems to check whether source code meets its specification, computing all possible scenarios and providing proof that it is impossible for the checked vulnerabilities to exist. 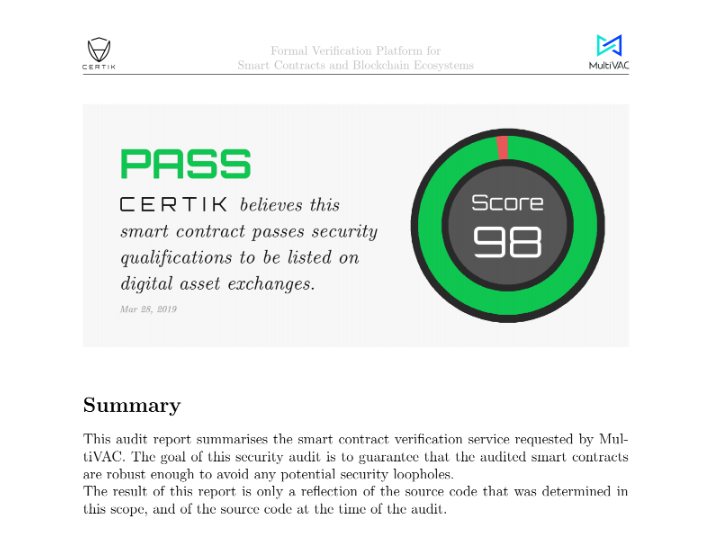 Overall, the CertiK team indicated that the MultiVAC smart contract was highly secure. In addition to security remediations, the MultiVAC team also leveraged CertiK’s audit report and technical insights to enhance the overall design and security of their systems.

MultiVAC is the next-generation public blockchain designed for large-scale and complex distributed applications. It breaks through the limitations to blockchain scalability by developing the world’s first fully sharded blockchain with sharded transmission and storage, allowing DApp developers to trade off between the impossible triangle of decentralization, scalability and security. Furthermore, it maximizes throughput on every shard while maintaining decentralization and security, allowing decentralized blockchains to achieve industrial capacity.

MultiVAC is equipped with several technologies designed for performance and flexibility, pioneering a miner selection model that redefines sharding and smart contracts. To name a few: