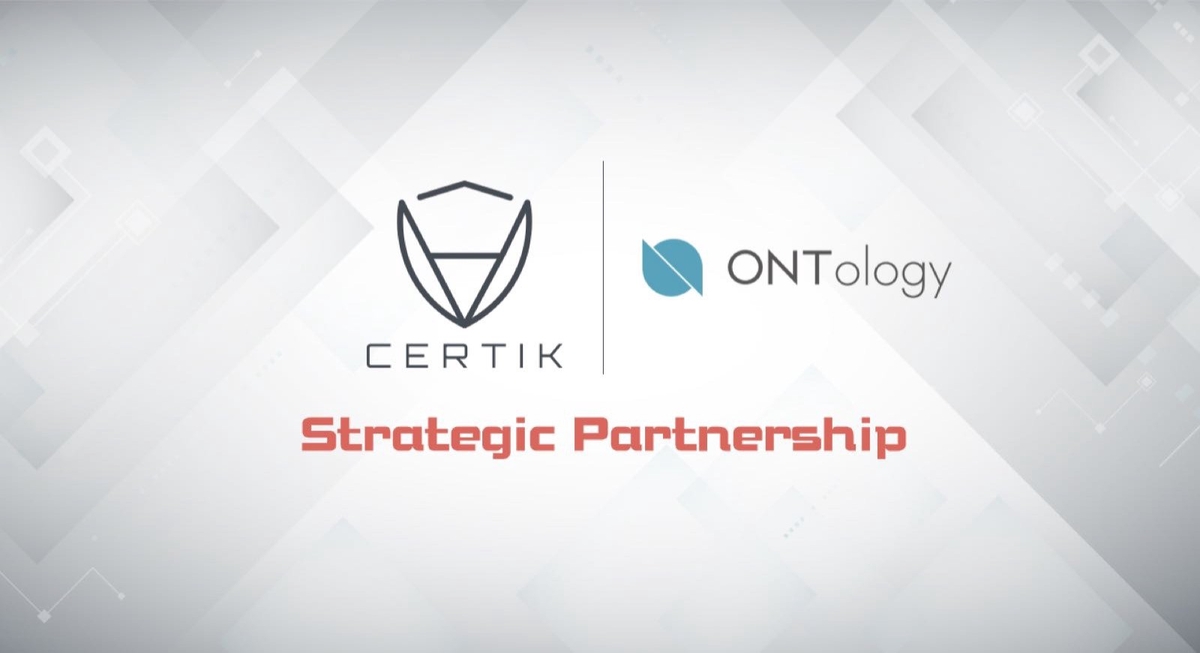 Today Ontology, a new high-performance public multi-chain project and a distributed trust collaboration platform, announced its cooperation with CertiK, a well-known American formal verification company. Both parties will work together in formal verification and enhance the security and reliability of smart contract and blockchain systems.

At the present, smart contracts have some security issues: First, due to its irreversibility, once it is released onto the blockchain, its source code cannot be changed. Second, the code of most blockchain projects is open-source, so it is impossible for security vulnerabilities to hide. Third, traditional software security technology, such as testing and real time monitoring, cannot meet the extremely high security requirements of blockchain.

The strategic cooperation of Ontology and CertiK will timely detect security vulnerabilities of open-source code through deep specification technology and ensure the security and reliability of smart contracts before their release. Automatic formal verification can avoid the limitations of human detection, minimize the cost of smart contract verification, making it low cost while having high security.

“Trust and security are the most important consensus of the blockchain industry and the common cause for Ontology and CertiK. It is our honor to work with a forward-looking project like Ontology to build a secure and reliable blockchain ecosystem and ensure the security of the blockchain world”.

“CertiK’s vision is to realize a transparent, fair, and secure blockchain ecosystem around the world, the same vision as Ontology’s. We look forward to work with CertiK and bring more real cases of smart contract formal verification, solve blockchain security pain points, and create an ecosystem with high security”.

Republished with permission from Ontology: https://medium.com/ontologynetwork/ontology-partners-with-certik-to-build-reliable-blockchain-security-5faf7e681801

To request an audit or verification of your smart contracts, please email us at audit@certik.io or visit certik.io