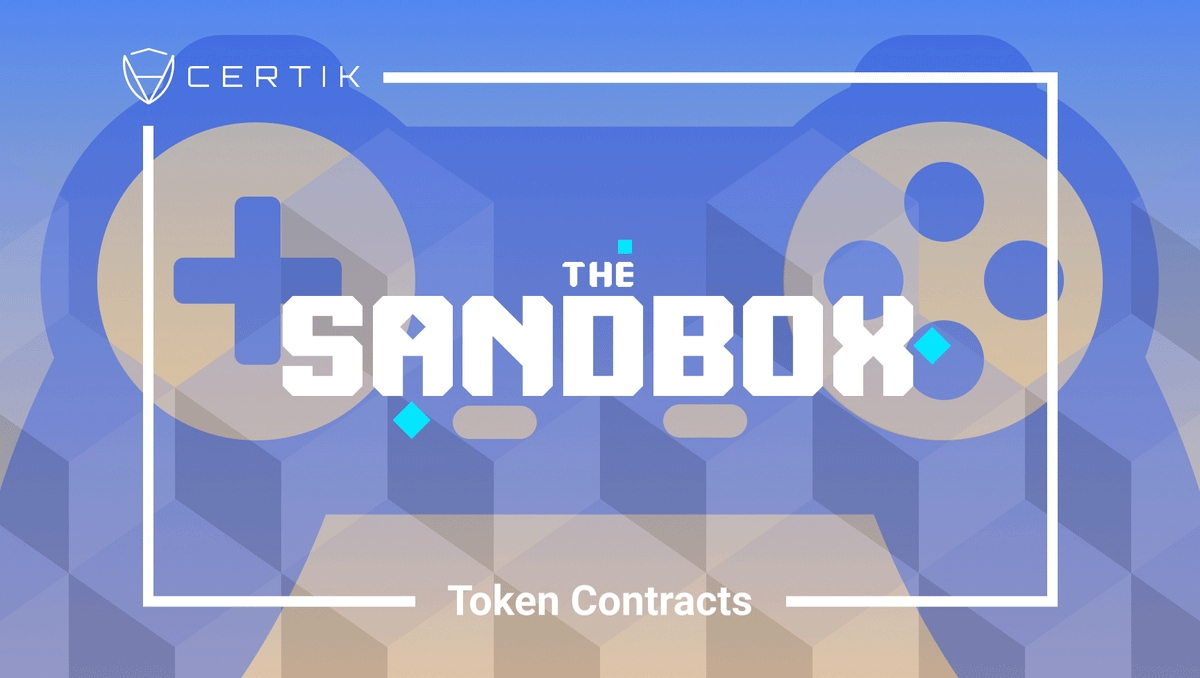 Security is paramount on a shared platform, especially one that’s community driven. While building the platform, the Sandbox team entrusted CertiK to review the source code of their SAND, LAND, and LANDSale smart contracts using high-end security methods.

Sandbox’s native token, SAND, is an ERC-20 token that can be used by gamers, developers, and publishers to monetize their creations on the platform. For example, developers can buy LAND with SAND to create their own gaming experience on the platform, which in turn can be monetized. Players can create content—also known as virtual assets—exchange them for SAND, and convert their earnings into USD. In addition, SAND can accrue in value over time and be staked within their game.

But, what is LAND?

LANDs are scarce and unique NFT (non-fungible tokens) that enable owners to create, monetize and play games. Think of LAND as a digital piece of real estate in the Sandbox ecosystem where game developers can host their games on the platform. Specifically, ownership of the token allows users to:

CertiK applied different types of approaches, such as manual review, static analysis, and formal verification, to audit Sandbox’s smart contracts and ensure that they’re free of vulnerabilities, including, but not limited to:

Formal Verification is CertiK’s proprietary review method that mathematically proves the trustworthiness of code. Historically, Formal Verification has been more common for mission-critical hardware systems, like NASA’s Mars Rover; however, because smart contracts are self-executing and often open-sourced, blockchain software has seen the need for these higher standards of security.

Very few smart contract auditors are capable of performing Formal Verification, but our team of experts, which is led by Computer Science professors of Yale and Columbia, have several decades of experience in this space. And Formal Verification is the only way to objectively show immunity against some of the most critical vulnerabilities.

The auditing process pays special attention to the following considerations:

Overall we found Sandbox’s smart contracts to follow good practices. With the final update of source code and delivery of the audit report, we conclude that the contract is structurally sound and not vulnerable to any classically known anti-patterns or security issues.

To request an audit or verification of your smart contracts, please email us at audit@certik.com or visit certik.com