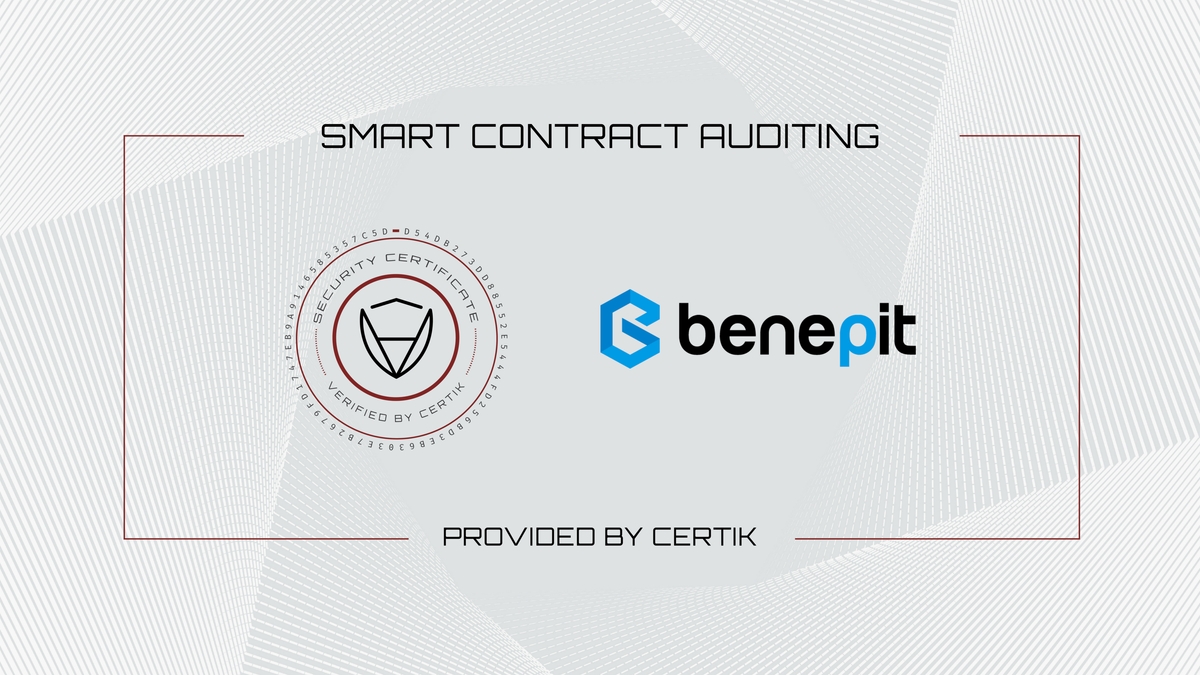 CertiK is proud to announce a successful audit of Benepit.

Benepit is a Korea-based blockchain company with global implications: they use blockchain technology to reward mobile phone users with tokens for phone calls and ad consumption for a more efficient and more rewarding advertising experience.

With so much personal data at stake on mobile phones, Benepit partnered with CertiK, the leader in blockchain security, to audit their contracts with Formal Verification and ensure correctness.

With Benepit’s ambitious, tech-first project, they had to ensure the process could guarantee privacy and accuracy to individual users and the ad companies that would make up their new ecosystem.

To protect their users on both fronts, Benepit chose to partner with CertiK to verify their code and system.

The auditing was conducted by CertiK’s team of experienced security engineers and consultants, and was conducted utilizing CertiK’s Formal Verification Platform, Static Analysis, and Manual Review.

Overall, the team found Benepit’s code to follow good practices. With the delivery of the audit report, CertiK concludes that the contract is not vulnerable to any classically known anti-patterns or security issues.

CertiK would like to congratulate the Benepit team for passing the rigorous verification process.