On 04 June 2022, Bored Ape Yacht Club (BAYC) was compromised for the second time this year, with the hacker specifically targeting BAYC, MAYC and OthersideMeta holders. In total, 32 NFTs were stolen from a variety of projects which included 2 MAYC, 1 BAYC, 1 BAKC and 5 Otherdeed. Overall, ~142 ETH was deposited to Tornado Cash through associated EOA’s.

The phishing site posted on the BAYC Discord was a carbon copy of the official projects website, yet with subtle differences. Firstly, there were no links to social media accounts on the phishing site. There was also an added tab titled “claim free land” that specifically advertised to holders of popular NFT projects. 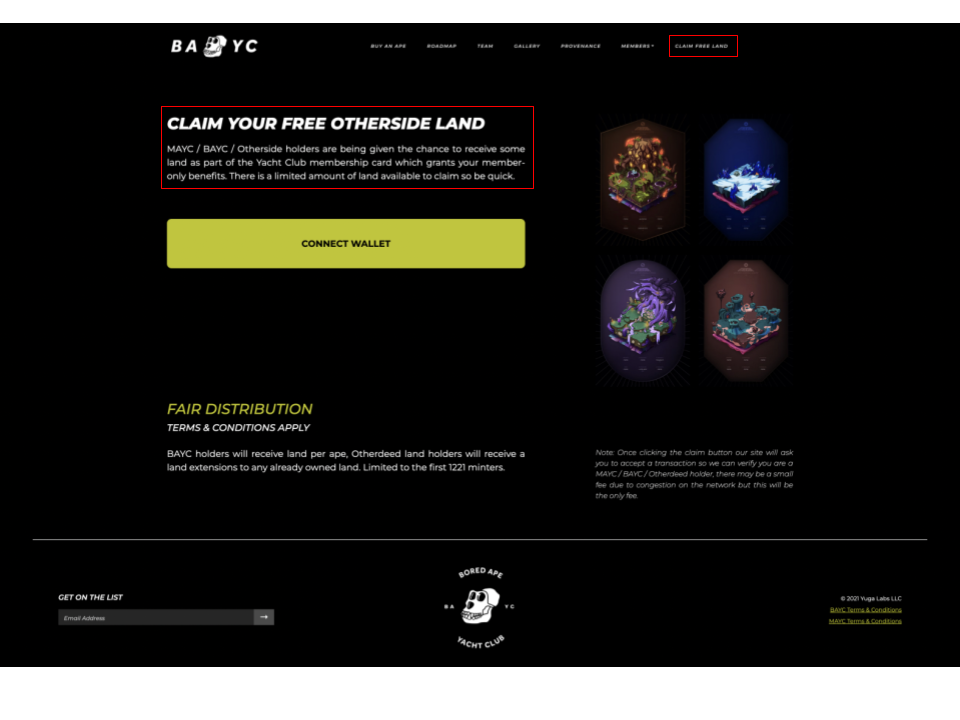 In todays attack (June 4th), the EOA related to the phishing site was identified as EOA 0x10790 OpenSea account (Now blocked). We can see the first stolen NFT coming into the wallet at 08:04:52 AM UTC in the following txn: 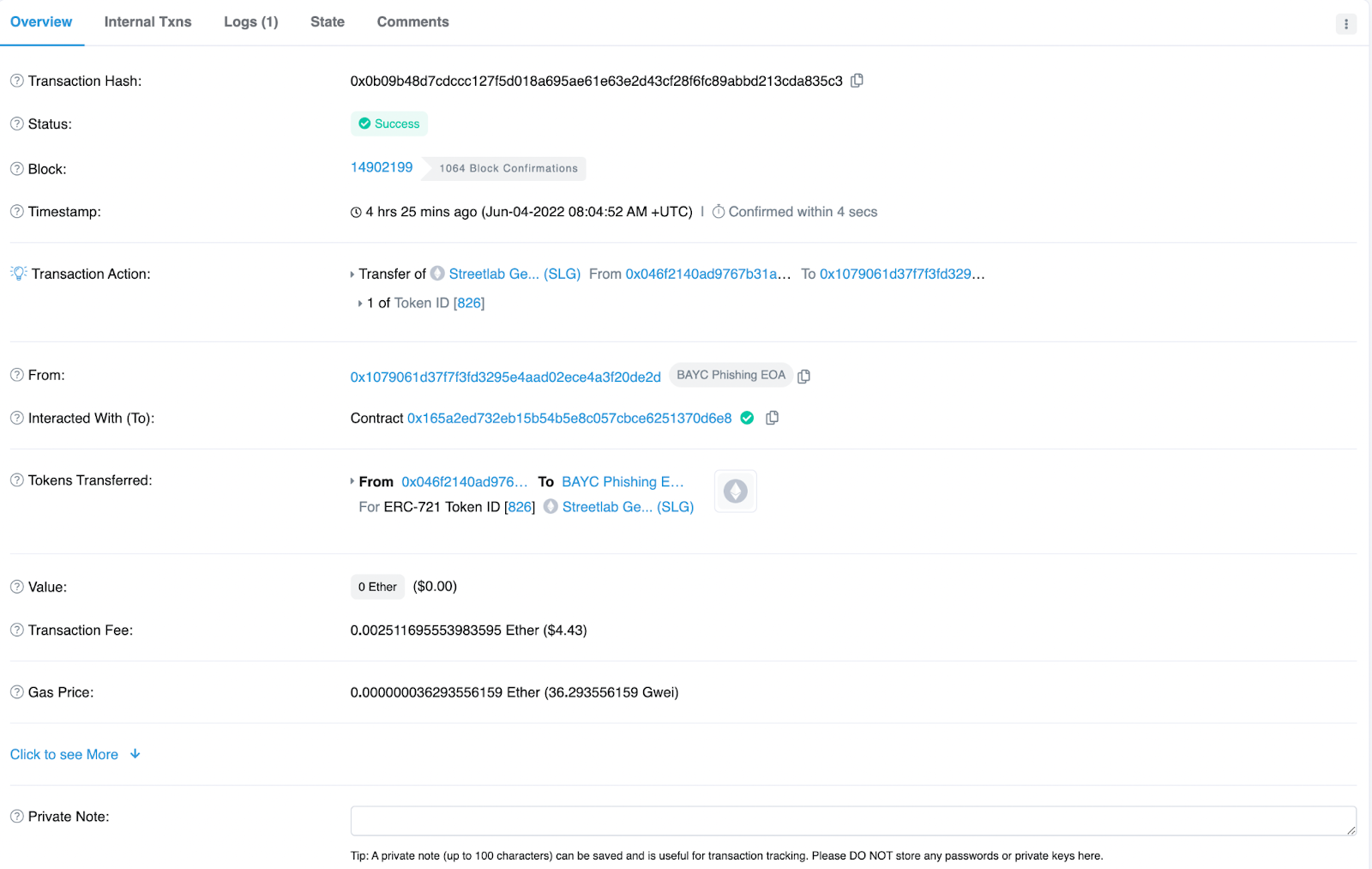 Once the attacker had sold all the stolen NFTs, they transferred ~142 ETH into two different EOAs

EOA 0x2917… then sends the redeemed ETH to 3 wallets, with 20 ETH going to the same EOA that deposited the 100 ETH at 09:24:47 AM UTC, demonstrating the connection between the depositor and redeemer. 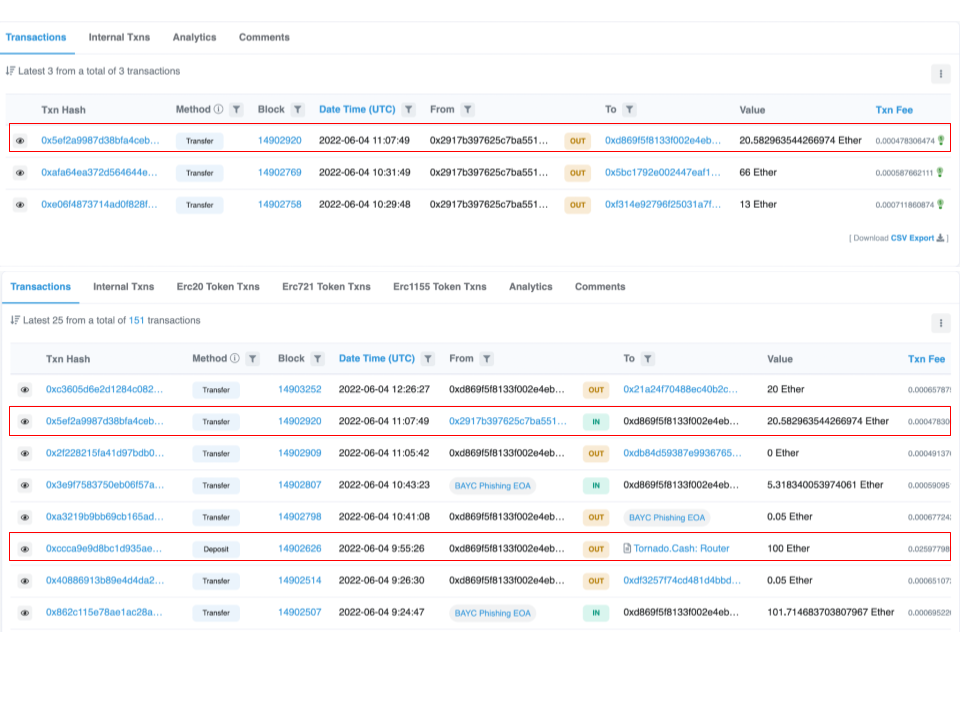 Whilst it’s impossible to be certain that the 99.5 ETH redeemed by 0x2917… are the funds associated with today's attack, it is certainly probable that these are the stolen funds post mixer due to the 20.5 ETH being sent to the depositor address. The majority of the funds were sent to EOA 0x5bC17, which is where they remain at the time of writing.

Furthermore, the incoming transactions to 0x5bC1… have their funds originating from Tornado Cash in multiple instances, for example from EOA 0xE5013 and 0x13E52.

Because of these links, it is likely that EOA 0x5bC1… is not only associated with the BAYC phishing attack today, but also previous phishing attacks. The established link between the Tornado Cash depositor and redeemer is clear. Furthermore, the majority of the ETH redeemed from EOA 0x2917… was sent to an address where funds it receives originate from Tornado Cash, as well as one link to an EOA associated with a previous phishing scam.

This is the second time this year that BAYC has been compromised by phishing attacks, with their Instagram account being hacked on April 25, 2022 leading to a total of 91 NFTs being stolen worth approx $2.6 Million or 888 ETH. The hacker leveraged access to BAYC’s Instagram and posted a fraudulent link to a copycat of BAYC’s website with a fake Airdrop, where users were prompted to sign a ‘safeTransferFrom’ transaction. This in turn transferred the users NFT’s to the scammer's wallet. Back then, the assets were transferred to address 0x8c793. 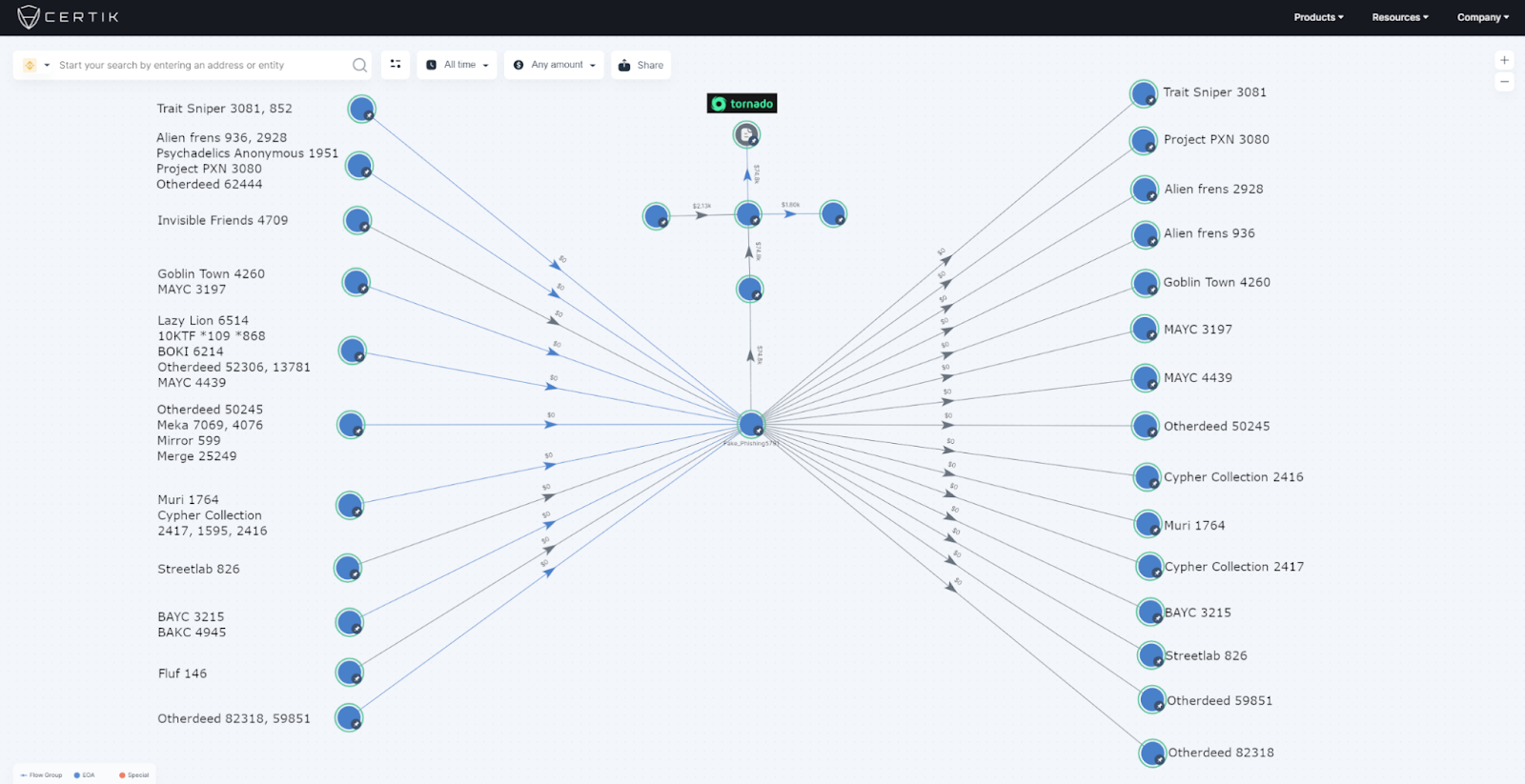 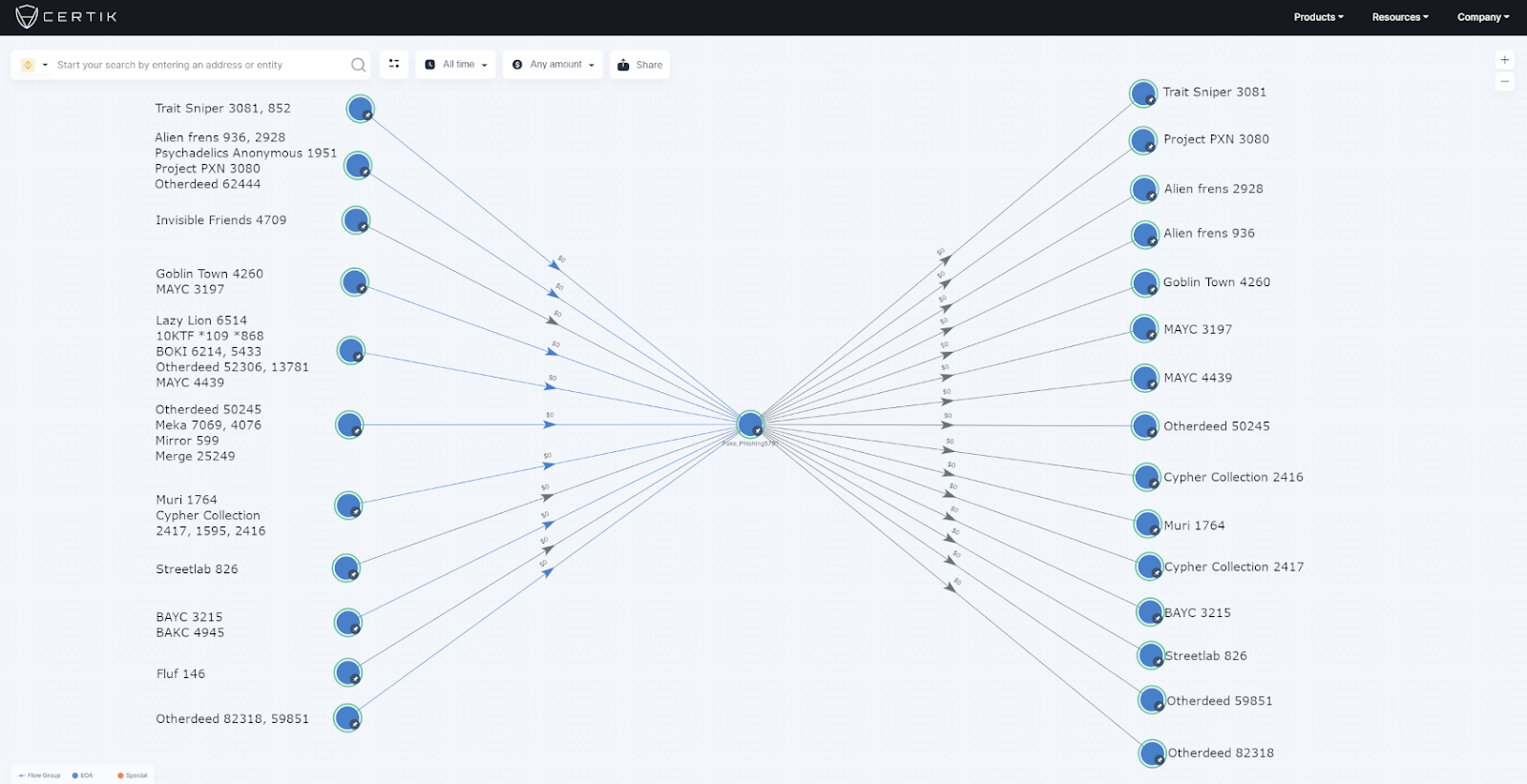 Analysis Reports
Ice Phishing Scams
Phishing is one of the popular methods scammers employ to steal victims assets. However, a type of phishing unique to the Web3 space, known as ice phishing, is a significant threat to the community. Instead of acquiring users' private keys and seed phrases, scammers instead trick victims into approving the transfer of assets to the scammers wallet. This method has been used to steal users tokens and NFTs worth millions of dollars.

Analysis Reports
OpenSea Phishing Incident Analysis
Back in February 2022, OpenSea users were targeted by an elaborate phishing attack through emails that tricked users into signing permissions with a malicious contract. In total, 28 wallets had NFTs stolen that were worth $2 million making it the second most profitable NFT phishing attack in 2022, just behind the Bored Ape Yacht Club (BAYC) Instagram compromise in April 2022.

Analysis Reports
The Anatomy Of A Phish
With a significant rise in the prominence of phishing scams, we have seen some fraudsters mimicking CertiK. As a leading security organization we would be remiss if we didn’t take the time to warn you about these targeted campaigns so please take a minute while we show you how to detect and protect against these emails.
© 2023 by CertiK. All Rights Reserved.
Products & Technology
Smart Contract AuditSkynetKYCPenetration TestingBug BountySkyTraceFormal Verification
Company
AboutBlogCareersDisclaimerPrivacy PolicyCookie PolicyTerms and Conditions
Social Media
CertiKSecurity LeaderboardCertiK AlertTelegramYoutube
MediumLinkedIn
Wechat
Discord
MediumLinkedIn
Wechat
Discord
© 2023 by CertiK. All Rights Reserved.