On July 28th, 2022, Nirvana Finance was exploited via a flash loan attack with the attacker profiting ~$3,574,635. The stolen funds have been bridged from the Solana network to Ethereum wallet 0xb9a.

The exploit resulted in inaccurate pricing for the $ANA token. The attacker manipulated inputs to the program, then was able to buy the token at an artificially low price. Since the act of purchasing $ANA from Nirvana Finances's native AMM pushes the price upward, the hacker was then able to sell their $ANA for a high price, making a profit.

The execution flow can be clearly found in the program log: Solana transaction details | Solscan

At 9:00 PM UTC on July 28th, 2022, Nirvana Finance tweets on behalf of the Nirvana Finance community, that the exploiter return funds that have been taken from their treasury. Nirvana Finance then continues the thread by claiming that they are offering a white hat bounty of $300,000 and a cessation of investigation. 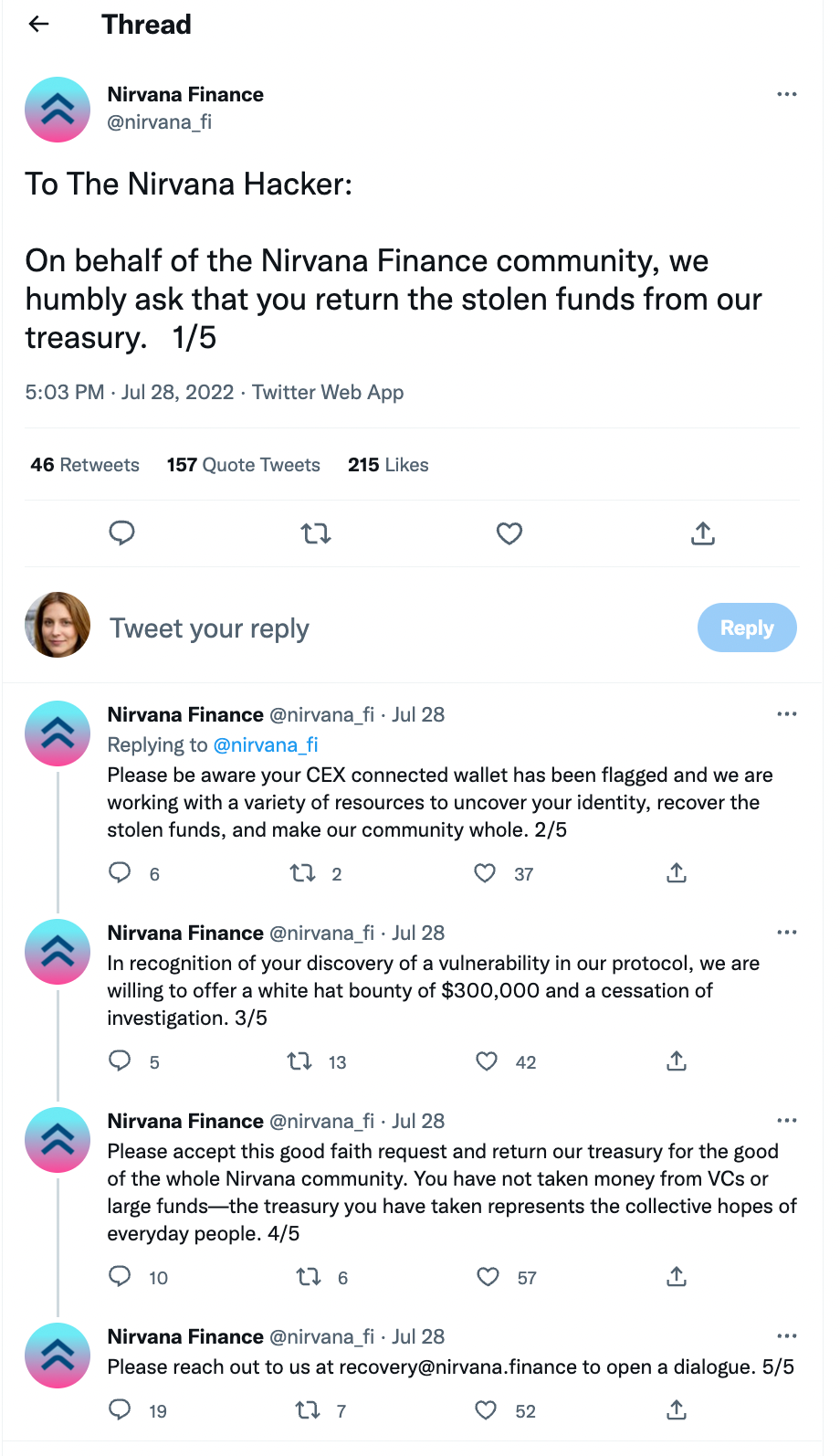 On July 31st, 2022, Nirvana Finance released an official statement on their Medium page regarding the incident. Since the attack, Nirvana Finance claims to have fixed the exploit in the code and flagged wallets involved. Additionally, Nirvana Finance has traced the originating wallet back to Huobi and is currently working with their team to identify the individual responsible. At time of writing, the thread remains pinned and the stolen funds still remain in Ethereum wallet 0xb9a.

Analysis Reports
Novo Defi Incident Analysis
On 29 May 2022, Novo Defi’s token, Novo, was exploited via a flash loan attack. The incident caused a loss of ~278 BNB