The malicious actor took advantage of a vulnerability inside the unverified rewards contract which we have confirmed after decompiling the code.

An Overview of the Attack Flow

The vulnerability lies in the unverified rewarding contract deployed by the NFD project. After investigating the bytecode of the vulnerable contract, the root cause is the function 0x6811e3b9 shown in the following code snippet. 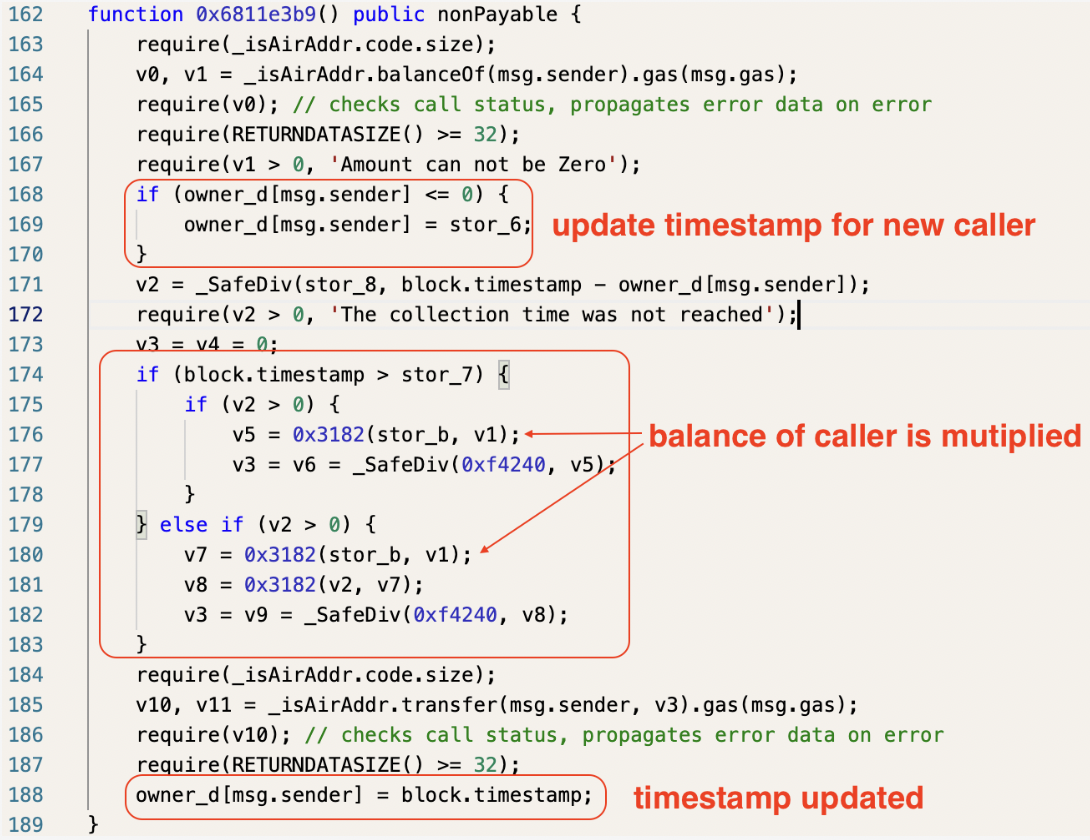 From the code implementation, there are two main factors that will affect the reward:

However, there is no guardrail preventing flashloans, meaning an attacker can increase his token balance significantly via flashloan.

Additionally, in L169, the user’s reward start time will be initialized as “store_6”, cause “block.tmestamp - store_6” being a non-zero value. Therefore, with the help of the flashloan, the attacker is able to amplify the reward by borrowing tokens and increase the reward significantly.

The stolen funds were sent to EOA: bsc 0x22C9… with 400 BNB being deposited into Tornado Cash 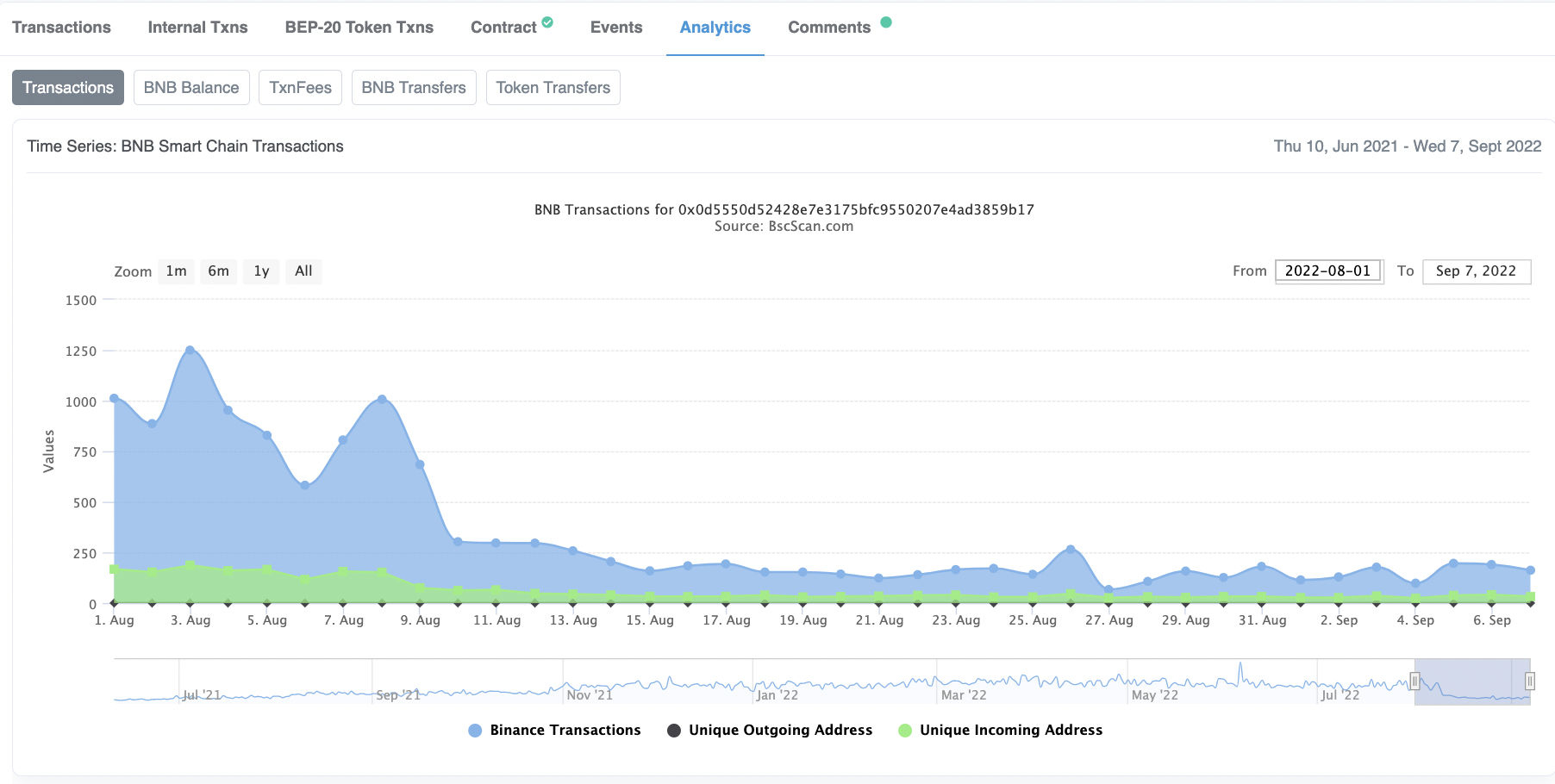 Large increases in unique transactions without an increase in unique address could likely give clues as to what wallet redeems the funds on the other end. Needless to say, CertiK’s highly skilled and motivated analysts will continue to monitor the situation.

Furthermore, this attack shows how vulnerable an unsecured protocol is to a flashloan attack. Unverified smart contracts make it extremely difficult in identifying critical vulnerabilities. Before deploying or after verifying the smart contract, audits can be undertaken to identify code susceptible to exploits. CertiK offers industry leading smart contract audits and penetration testing; additionally subscribers to CertiK Skynet are monitored for suspicious flashloans 24/7. By utilizing our services, projects can mitigate the risk of catastrophic exploits impacting their protocol.

Our analysis has been updated to reflect additional analysis after decompiling the bytecode.