Today Ontology, a new high-performance public multi-chain project and a distributed trust collaboration platform, announced its cooperation with CertiK, a well-known American formal verification company. Both parties will work together in formal verification and enhance the security and reliability of smart contract and blockchain systems.

At the present, smart contracts have some security issues: First, due to its irreversibility, once it is released onto the blockchain, its source code cannot be changed. Second, the code of most blockchain projects is open-source, so it is impossible for security vulnerabilities to hide. Third, traditional software security technology, such as testing and real time monitoring, cannot meet the extremely high security requirements of blockchain.

The strategic cooperation of Ontology and CertiK will timely detect security vulnerabilities of open-source code through deep specification technology and ensure the security and reliability of smart contracts before their release. Automatic formal verification can avoid the limitations of human detection, minimize the cost of smart contract verification, making it low cost while having high security.

“Trust and security are the most important consensus of the blockchain industry and the common cause for Ontology and CertiK. It is our honor to work with a forward-looking project like Ontology to build a secure and reliable blockchain ecosystem and ensure the security of the blockchain world”.

“CertiK’s vision is to realize a transparent, fair, and secure blockchain ecosystem around the world, the same vision as Ontology’s. We look forward to work with CertiK and bring more real cases of smart contract formal verification, solve blockchain security pain points, and create an ecosystem with high security”.

Republished with permission from Ontology: https://medium.com/ontologynetwork/ontology-partners-with-certik-to-build-reliable-blockchain-security-5faf7e681801

To request an audit or verification of your smart contracts, please email us at audit@certik.io or visit certik.io

Case Studies
CertiK and Kava Labs Announce Partnership
CertiK is proud to announce a partnership with Kava Labs -  a company that provides composable DeFi apps and services that can be accessed by anyone, anywhere in the world - to protect the Kava Ecosystem. This strategic partnership continues to demonstrate Certik’s leadership in the blockchain security space, while further expanding CertiK’s security suite into a new ecosystem.

Announcements
Case Studies
Citadel.one Undertakes A CertiK Audit To Enhance DAO Security
In preparation for the move to DAO governance and operations, the team have pursued a CertiK Audit to ensure the security of the DAO, its participants, and the wider Citadel community. 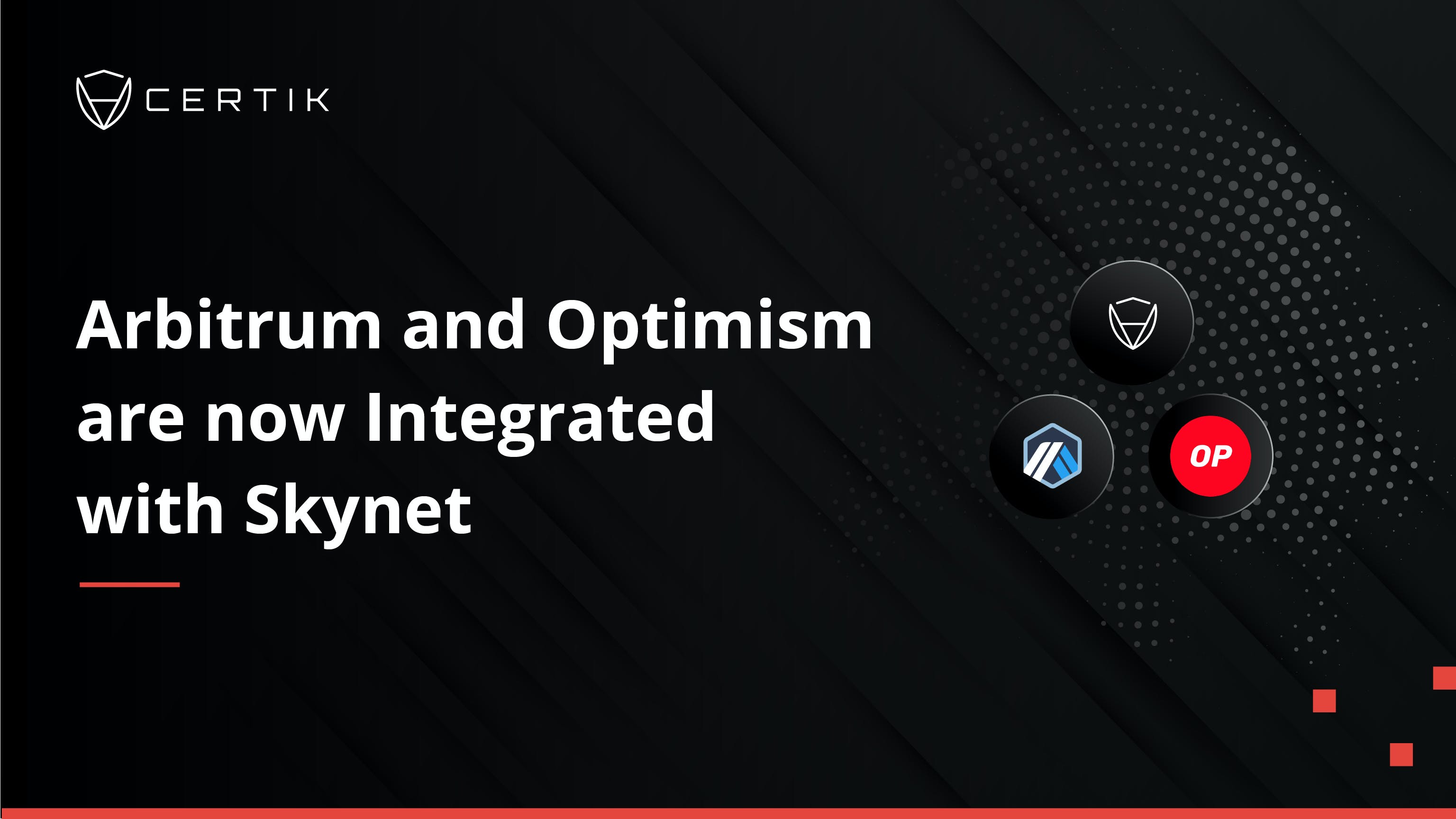 Case Studies
CertiK integrates with Arbitrum and Optimism
all projects launching on either Optimism or Arbitrum will have full access to the Skynet monitoring and analytics suite should they choose to enable it for their project. The resources committed to bringing this feature were quite intense, in fact we had to pull all data off of both of these chains in order to integrate them with Skynet.
© 2022 by CertiK. All Rights Reserved.
Products
Security AuditSkynetSkyTracePenetration TestingKYC
Resources
Blog
Company
AboutCareersDisclaimerPrivacy PolicyCookie PolicyTerms and Conditions
Socials
CertiKSecurity LeaderboardCertiK AlertTelegramYoutubeMediumLinkedIn
Wechat
Discord
© 2022 by CertiK. All Rights Reserved.