We’re excited to announce a new partnership with The Open Network (TON), a Layer 1 blockchain designed to onboard billions of users to Web3. Originally launched by the team behind the Telegram messaging application in 2017, TON has been run as an open-source community project since 2020. 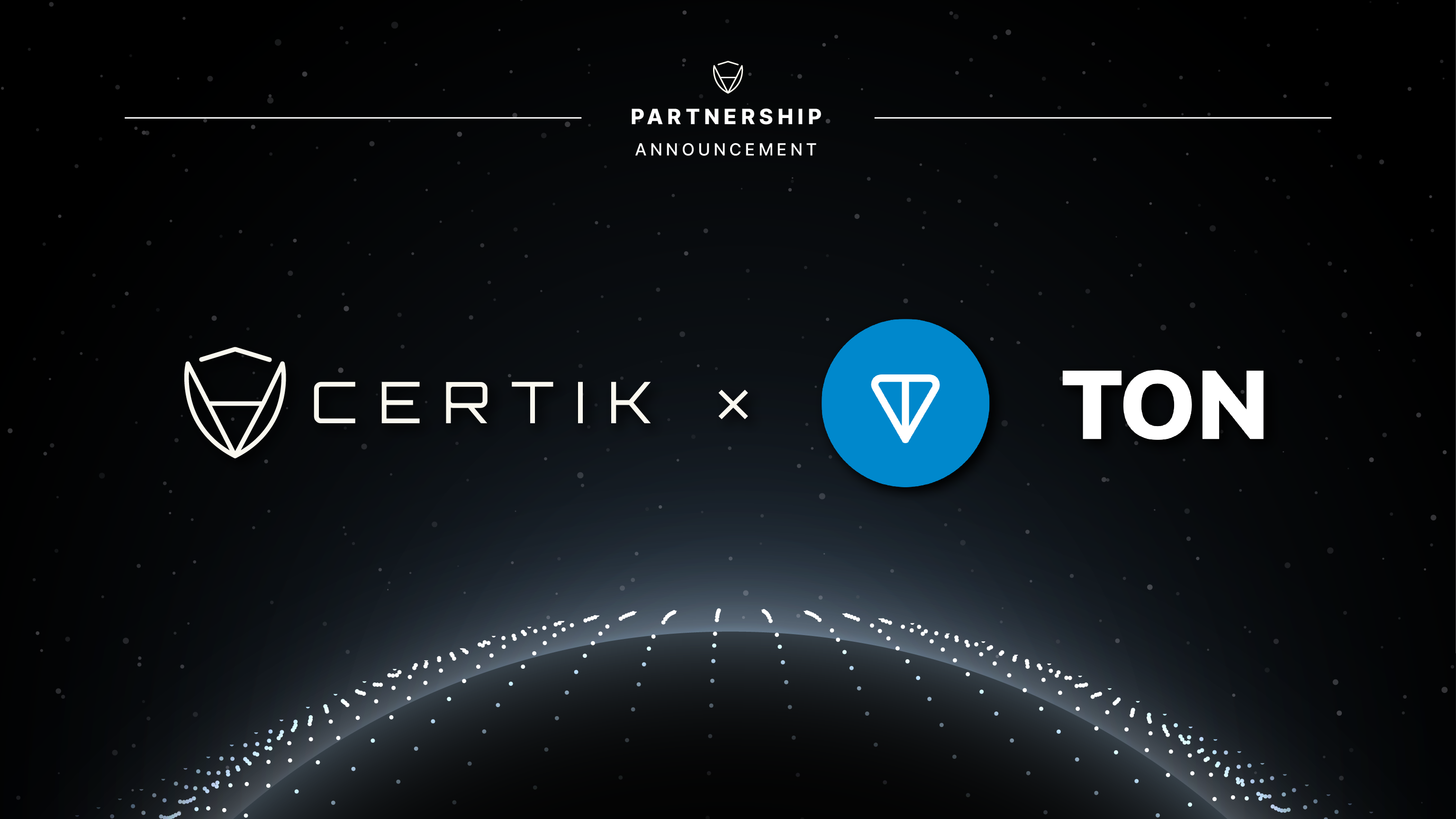 This partnership will streamline the onboarding process for new projects built on TON, giving users, founders, and investors the confidence that comes from being audited by the best in the business. CertiK will leverage Skynet to conduct real-time monitoring and analysis of smart contracts, raising the alarm to projects as soon as it detects a security risk.

We leverage the expertise we’ve gained from auditing more than 3,700 Web3 projects. With more than $360 billion of secured market capitalization across over a dozen blockchains, CertiK-audited projects have gone on to play critical roles in forming the future of Web3.

Security is a critical factor in the success of a Web3 project. A single vulnerability can spell the end for an otherwise-promising project. And as Web3 and DeFi protocols are built with interoperability in mind, there are collective benefits that come from raising the standard of security across the entire industry. TON’s commitment to security will attract users and builders who recognize the importance of forward-looking development in the Web3 world.

CertiK has audited multiple critical components of The Open Network, including vesting schedule contracts, the TON bridge application, the TON baselayer, and other contracts in active development. Additionally, we utilized formal verification to provide an additional layer of security guarantees to the network. The combination of expert manual review with automated, AI-powered verification results in a defense-in-depth approach that mitigates and protects against the very real risks inherent to the Web3 world.

Partnering with The Open Network is a step forward for the TON ecosystem, for projects built on the fast, secure TON chain, and for the broader Web3 community, too. This partnership will raise the standard of security and transparency in the growing TON ecosystem while bringing the power of CertiK’s Security Suite to a new and exciting blockchain.

Analysis Reports
Poly Network Exploit
On August 10, 2021 the cross-chain interoperability protocol Poly Network was attacked by hackers resulting in ~$610 million loss worth of digital tokens. Nearly all of the money was returned by the hacker the next day.

Blogs
What is the Avalanche Network?
Avalanche offers developers and investors a winning combination of low fees, lightning speeds, reliability, and the kind of scalability that drives mass adoption. This blog post will introduce you to some of the innovations offered by Avalanche, and the importance of securing its ecosystem through tools such as our Avalanche smart-contract audit.