In light of last week’s Inverse Finance exploit we thought it worth taking a look at the one earlier this year. By comparison, the April attack was 12 times costlier than the second attack which netted the attacker "only" ~$1.2M.

The root cause of the attack was price manipulation of the ‘external price oracle’ dependency. The attacker purchased INV tokens then through the price manipulation then inflated the price of INV. This allowed them to borrow 1588 ETH, 94 WBTC, 3999_669 DOLA and 39 YFI (~14.5M), considerably more than their INV was worth.

Inverse Finance is a suite of permission-less decentralized finance tools governed by Inverse DAO, a decentralized autonomous organization running on the Ethereum blockchain.

The main Inverse Finance products are Anchor and DOLA stablecoin

Inverse Finance is governed and run by its community of token holders (numbering over 2000 holders) and elected delegates.

The INV-ETH pair contained 432 INV and 46 ETH. The attacker started out by swapping 300 ETH for 374 INV on SushiSwap leaving 57.7 INV and 346 ETH in liquidity. This significantly increases the INV price.

Attacker deploys a malicious contract 0xea0c9 to launch the attack.

Attacker makes swaps in SushiSwap/Curve.fi to manipulate the price of INV / XINV in this TXN

As the liquidity in SushiSwap:INV (INV-ETH Pair) was very low, swapping 300 ETH for INV significantly increases the INV price.

For example, the manipulated price of XINV was used when the attacker was borrowing DOLA.

The vulnerability stems from the price oracle dependency, which applies the TWAP with a 30-min time window. However, only 15 seconds have passed when the attacking transaction occurred, after the preparation stage. 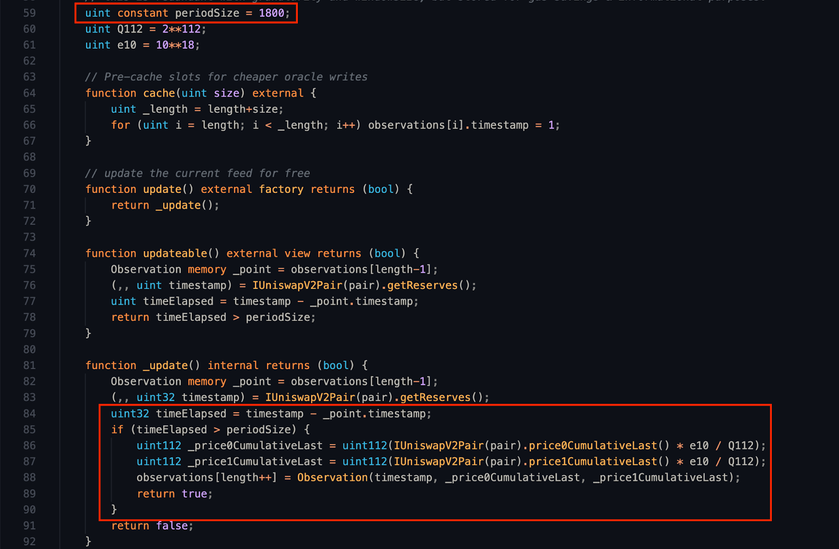 In this case, the check ‘timeElapsed > periodSize` in the function _update() of the oracle contract Keep3rV2Oracle will be bypassed because the timeElapsed == 15. That means the last observed cumulative price has not been updated.

The price of XINV relies on the reserves in the SushiSwap:INV pair (INV-ETH Pair), which had very low liquidity. An advantage of setting up this was is TWAP can prevent flash loan attacks.

In this particular price oracle design, the current price (from the reserves) should not be used to compute the amoutOut if the timeElapsed has not been over 30 mins. 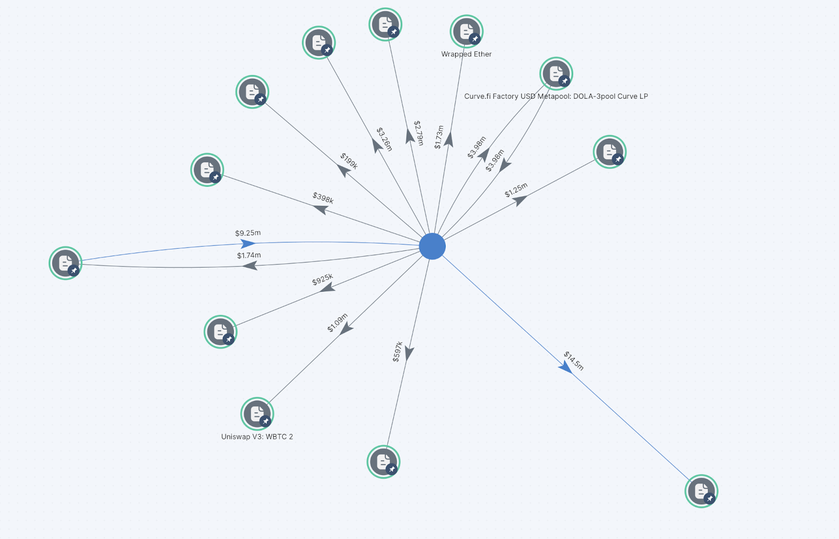 Our audits would detect that the price is reliant upon a price Oracle. The contract employs TWAP which can prevent flash loan attacks. The attacker circumvented this by using 500 ETH of their own funds, thereby avoiding the use of a flash loan.