On 17 January, 2023 the Yield Robot contract on the Binance Smart Chain (BSC) was drained of user deposits amounting to approximately $2.1 million. Initially, the Yield Robot team announced on social media channels that their project was exploited. However, clear on-chain evidence shows that this incident is an exit scam.

On 17 January, 2023 approximately 2.1 million BUSD was drained from the Yield Robot contract in what was described as an exploit by the project's team on Telegram. An individual that goes by Maneesh Agrawala posted on the project's Telegram channel that Yield Robot had suffered an attack and that Maneesh was attempting to reach out to the hacker. Maneesh also confirmed this incident was not an exit scam and they are taking personal responsibility for what happened. To appear genuine, Maneesh promised to use their personal funds in order to make investors whole. 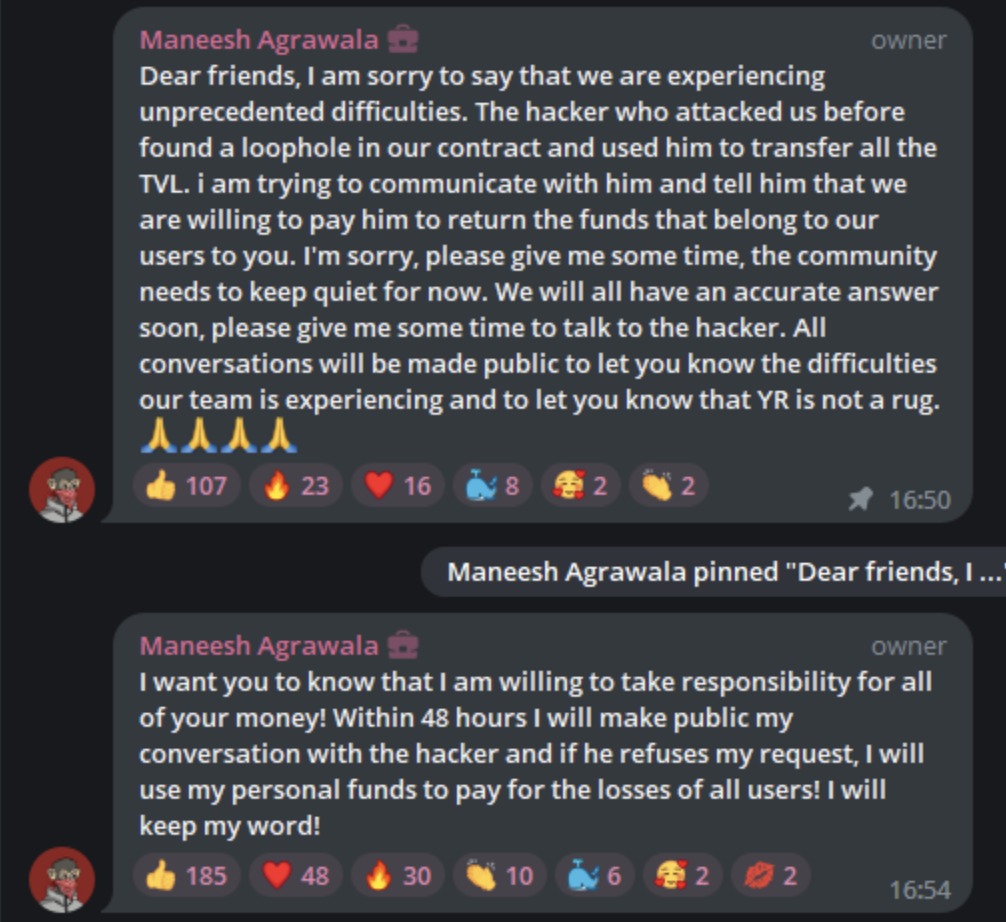 However, 48 hours past from the initial incident and no further announcements were made. In fact, the projects socials were deleted making it clear that this was an exit scam. Furthermore, on-chain evidence shows strong evidence that project members were closely involved in this incident. For example, the deployer of the Yield Robot contracts initiates transactions that contribute to the theft of investor funds.

The incident is possible due the projects signer wallet that was changed. This change allowed the exploiter to redeem a coupon that would otherwise have been rejected. 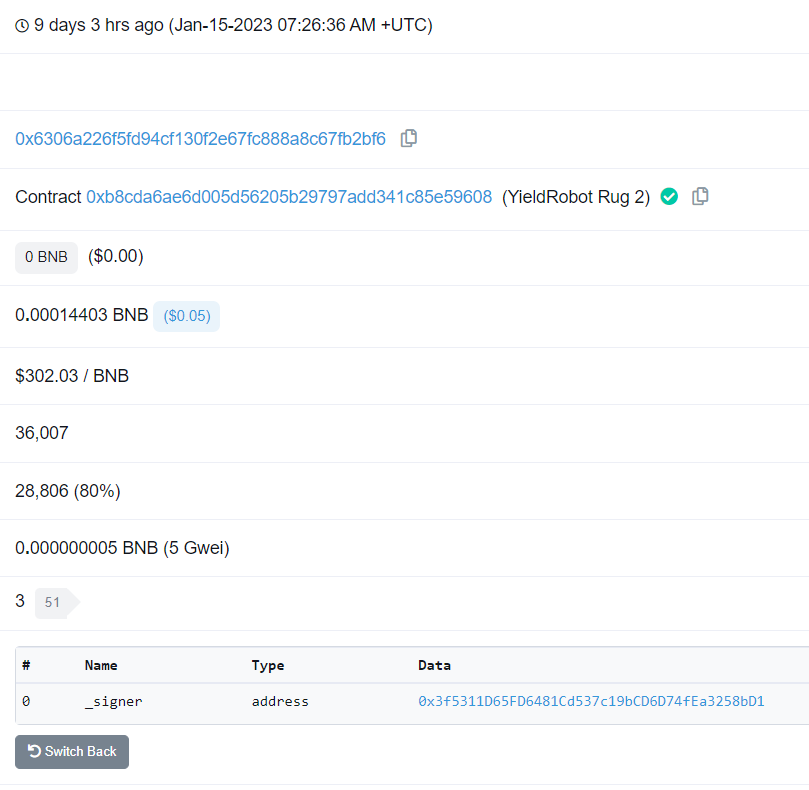 In order for the coupon to be approved, the contract verified that the coupon signer matched the current signer address. The coupon passed this check and the coupon amount of approximately $2.1m was added to the reward balance of EOA 0x8f2db.

The Yield Robot incident is the third largest exit scam that occurred in 2023, with all attacks this year totaling over $10 million at the time of writing. The incident was able to occur due to centralization risks within the project, where the deployer was able to set signers to whichever wallet they wanted. Centralization in projects can present a major risk to crypto projects as they present a single point of failure that could either be exploited by an external malicious actor or an insider. You can search for CertiK audited projects on certik.com to check which projects have centralization risks which can assist you in doing your own research. Follow @CertiKAlert on Twitter to stay up to date with all the relevant Web3 security news and incidents as they occur.