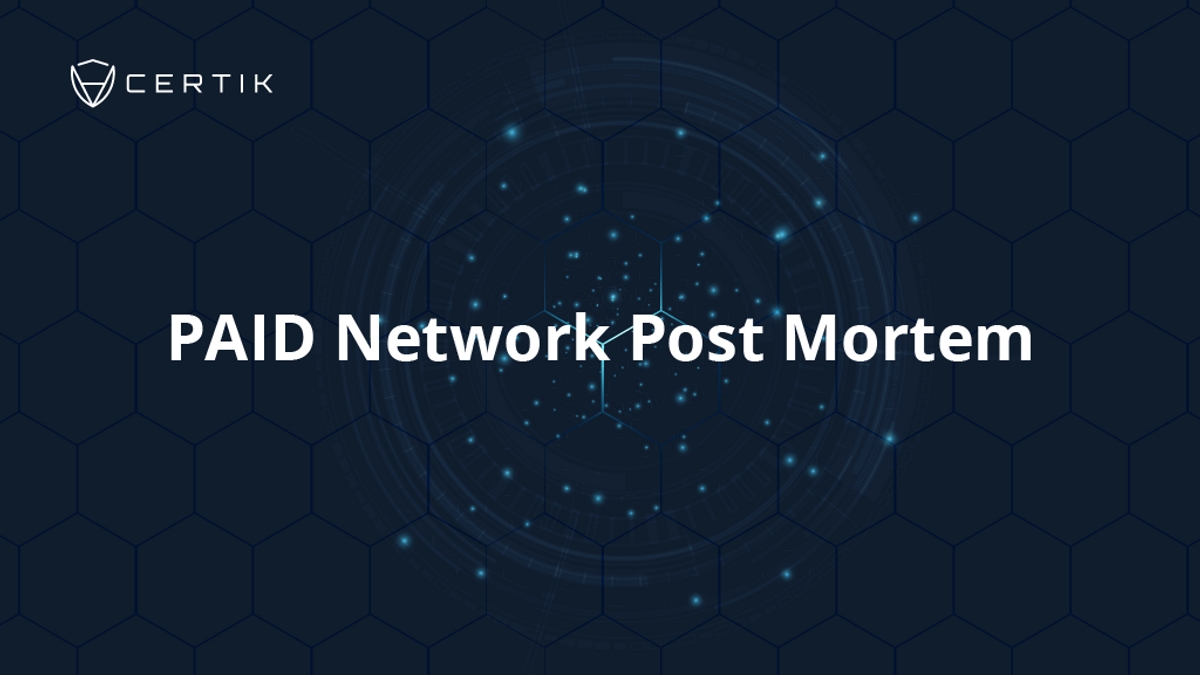 The following post mortem will outline the objective details of the incident.

The PAID Incident occurred on March 5th 2021 over the span of approximately 30 minutes.

Step 1: Contract ownership is transferred to the attacker who at this point is in full control of the proxy after the private keys were used (or compromised).

Step 2: The contract gets updated via the proxy, and additional functionality is introduced.

Step 3: Attacker burns 60 million PAID so they can be the only one able to sell.

Please note that the original contract that was audited by CertiK and was deployed originally did not have any externally exposed (public/external) burn or mint functionality.

Ultimately, the attack did not exploit the smart contract code but used (or compromised) the private keys of the contract’s proxy. The original CertiK audit report had highlighted centralization issues under PTN-10: Ambiguous Functionality and various other segments.

Contract upgradability, such as that utilized in order to facilitate this incident, does have its place in smart contracts, particularly when it exists as intended functionality by the project. This type of functionality requires the contract owner/deployer to ensure the security of the private keys which can enable this type of incident to occur, in conjunction with the fundamental security of the code.

CertiK will continue to enhance efforts when it comes to highlighting project centralization.

The burn and mint functions did not exist in the code audited by CertiK. These were added post-audit by the attacker who used (or compromised) the private keys of contract’s proxy. Objectively, no audited smart contract code was exploited.